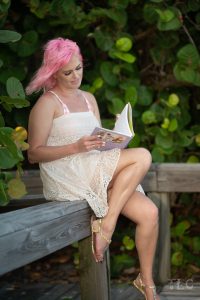 Would you like to learn more about Green Tea? Here are my views!

For an awfully long time, I avoided green teas. I was all about the black teas. Green tea is not “Super British”.

Nancy Rodriguez, of Cup & Crown, and Lady Amy, of Houses of Windsor, joined tea lady forces once a month to do a virtual tea tasting on Facebook LIVE. We take turns choosing what teas to taste. February was my opportunity, and I decided we should face our shared fear of green teas. We tasted 3 green tea blends: Jasmine Green Tea, Chai Green Tea, and Ginger Turmeric Green Tea. Now, I chose green tea blends instead of a straight plain green tea because I just do not think our palettes are there yet. If you want to watch how the tea tasting turned out for us, please check it out over on YouTube. Spoiler alert, neither of us liked the Chai Green. It should be noted that Nancy and I both have similar palettes and enjoy more florals, sweet, spice in black and white teas. The Chai Green is great for a palette that enjoys the grassy/vegetable side of teas.

Now that I have said my two pence, let us have an objective look into Green Tea…..

What is Green Tea and how is it processed?

The Camellia Sinensis plant is used for all colors / colours of tea, it just depends on how the leaves are processed. The tea leaves are harvested from the Camellia sinensis plant and are then quickly heated—by pan firing or steaming—and dried to prevent too much oxidation from occurring that would turn the green leaves brown and alter their fresh-picked flavour/ flavor.

Who drinks green tea the most in the world?

What is the history of Green Tea?

The origination of green tea began in China tracing all the way back to 2737 B.C. When looking into the history of Green Tea, I found the discovery of it to be quite comical. The discovery occurred by accident when the Chinese Emperor, Shennong, mistakenly drank water that had a dead tea leaf boiled in it. Emperor Shennong found the flavor incredibly refreshing and thus, a new beverage was created. The accidental drink has clearly become a huge success around the world.

How much caffeine is found in Green Tea?

Although it is a common myth that green tea is naturally caffeine-free, green tea DOES contain caffeine. An 8-ounce (230-ml) cup of pure green tea contains between 30 and 50 mg of caffeine. This is a low amount of caffeine, but not necessarily much lower than black teas. Green tea is touted to be one of the healthiest beverages on the planet! It is loaded with antioxidants that have many health benefits, which may include:
• Improved brain function
• Fat loss
• Protecting against cancer
• Lowering the risk of heart disease

Green tea is loaded with polyphenol antioxidants, including a catechin called EGCG. These antioxidants can have various beneficial effects on health (inflammation, cancer, prevent cell damage, and aging). 2. May improve brain function: Green tea does more than just keep you alert, it may also help boost brain function. The key active ingredient is caffeine, which is a known stimulant. Green tea contains less caffeine than coffee but enough to produce an effect. It also contains the amino acid L-theanine, which can work synergistically with caffeine to improve brain function. Many people report having more stable energy and being much more productive when they drink green tea, compared with coffee.

Green tea may boost metabolic rate and increase fat burning in the short term, although not all studies agree.

4. Antioxidants may lower the risk of some cancers:

Green tea has powerful antioxidants that may protect against cancer. Multiple studies show that green tea drinkers have a lower risk of various types of cancer (breast cancer, prostate cancer, colorectal cancer), but more high-quality research is needed to confirm these effects. To get the most health benefits, avoid adding milk to your tea. Some studies suggest it can reduce the
antioxidant value in some teas.

5. May protect the brain from aging:

Some controlled studies show that green tea may cause mild reductions in blood sugar levels. It may also lower the risk of type 2 diabetes.

9. May help you lose weight:

Given that green tea can boost the metabolic rate in the short term, it makes sense that it could help you lose weight. Some studies show that green tea may lead to increased weight loss. It may be particularly effective at reducing the abdominal fat.

Given that some compounds in green tea may help protect against cancer and heart disease, it makes sense that it could help you live longer. Studies show that people who drink green tea may live longer than those who do not (studies showed lower death of all causes, death from heart disease, and death from stroke). In these studies, individuals drank at least 5 cups of green tea daily….so you’d better get drinking.

After learning all the great possible health benefits of green tea, perhaps Nancy and I will have to keep exploring green tea blends to expand our palettes.