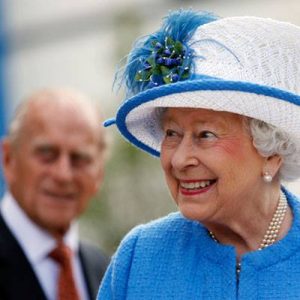 There are a lot of rumors surrounding the Royal Family and whether Queen Elizabeth II should step down. At 93-years-old, she’s no spring chicken. She’s ruled longer than any other Monarch in British History, since 1952. Americans like to speculate what will happen when the Queen gets old and feeble. To put it simply, nothing. You can’t just “retire” from royalty. As long as the Queen is in good health, she will stay on the throne. Her only real option of retirement is to abdicate, which she isn’t likely to do. Abdication is a huge deal – the last Royal to do so was Queen Elizabeth’s Uncle, Edward VIII. His abdication was the result of a dramatic romantic scandal triggered by his engagement to an American divorcee.  Abdication basically banishes you from Royal power and all of the perks and sacrifices that come along with it. The only circumstance in which the Queen would likely abdicate the throne she’s held for 72 years is if she was declared physically or mentally unfit to rule.

When Her Royal Highness passes away (her mom lived to be 101, so it could be a while), her son Prince Charles would become King. Some people, especially Americans, scoff at this because Prince Charles isn’t nearly as popular as his two sons, Prince William and Prince Harry. Nevertheless, Charles is the one in line for the throne. Even if Queen Elizabeth wanted her grandson to take her place, it isn’t her say. Current British law states that her direct successor is heir to the throne, and only Parliament can change the law. Prince William, Duchess Kate and their beautiful children will just have to wait their turn!