One in six Brits celebrates Thanksgiving, according to a survey mentioned in the UK’s Telegraph in 2014. You may think that’s odd because the it’s an American holiday celebrating the Pilgrims’ first harvest in the New World, but, like the Pilgrims themselves, it was originally English. The Harvest Festival dates back to pre-Christian Anglo-Saxon times and became popular following the English Reformation and King Henry VIII’s reign. In the U.K., the event is traditionally celebrated on the Sunday closest to the Harvest Moon and autumn equinox. 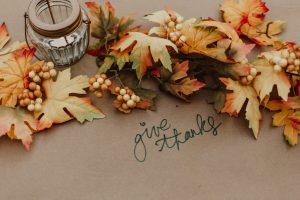 FYI: America’s first Thanksgiving probably did not include tea. The beverage comes from Asia and was still new to Europe in the 1600s. The first tea introduced to North America actually came from the Dutch, not the English!

From The Tea Times: The Latest News from Houses of Windsor – November 2019