The U.K.’s Royal family homes, palaces, and historical castles host elegant warm displays during the holiday season with big stately firs, decorated strands of garland, and shimmery metallic hues. The classic trim looks fit for a Queen which is not surprising since, according to Royal.uk, the Queen and her family are usually the ones to put the final touches on their personal Christmas tree.
The Queen and her family spend Christmas in the country at Sandringham House. The Queen is said to have a low-key decorating style, her tree sporting gorgeous family heirlooms including Queen Victoria’s glass angels.
But low-key is hardly a fitting term to describe the décor in Windsor Castle. Each room is glowing with majestic style, the highlight of which is a 20-foot-high Nordmann Fir Christmas Tree in St. George’s Hall decked out in hundreds of stunning ornaments. 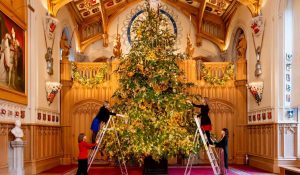 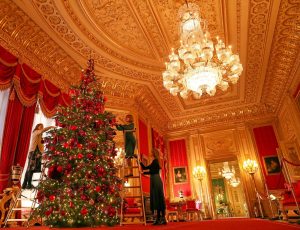 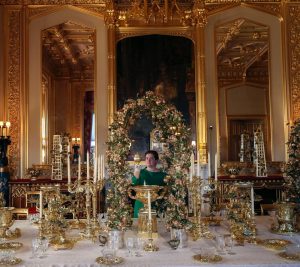 Gorgeous décor and lavish parties aside, the Royal family Christmas customs aren’t much different than yours or mine. They’ll attend church in the morning, eat a big lunch, and enjoy time together as a family. They do, however, have one tradition that Houses of Windsor, LLC will have to adopt! They exchange gifts on Christmas Eve during afternoon tea (our favorite time of day, of course).

These Royal family traditions have remained the same for decades, some even centuries, but this year one key member of the Royal family may not be part of Christmas with the Windsors. Prince Harry faces the same battle so many of us deal with during the holidays – trying to keep everyone happy while juggling two very different families. So, rumour has it, Prince Harry is switching things up this year and spending Christmas with his in-laws here in the U.S. If true, that means baby Archie won’t spend his first Christmas with the Queen. Harry won’t be exchanging a hilarious gag gift with his Grandmother (last year he reportedly bought her a funny shower cap). And he won’t be part of all of the Christmas Day photo ops. The rumour is speculation based on one key fact: the Duke and Duchess of Sussex are on a 6-week break from royal duties. We’ll have to wait and see if it is true. 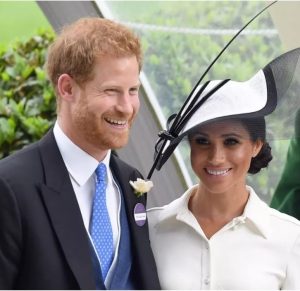 From The Tea Times: The Latest News from Houses of Windsor – December 2019